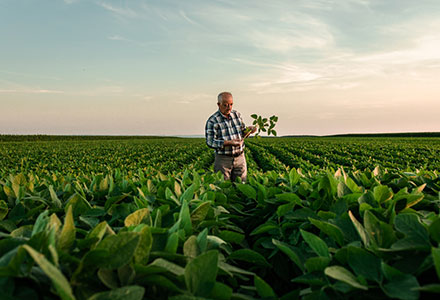 Heating oil has continually evolved since it became the primary source of heating fuel for homeowners in the 1950s, and one of the most striking changes over the years has been the industry’s effort to significantly reduce – and now to ultimately eliminate – carbon emissions.

Recently, leaders from the Northeast’s heating oil industry unanimously passed a resolution to achieve net-zero carbon dioxide (CO2) emissions for heating oil by 2050. This means your oilheat will have a carbon footprint of zero. Read more.

What is Bioheat® Fuel?

Bioheat® Fuel is the industry’s official registered name for the fuel that consists of a blend of ultra-low sulfur heating oil with renewable biodiesel that’s made from organic and recycled products. These products can range from soybean oil, used cooking oils, inedible corn oil, canola, tallow, fats and algae.

The most refined grade of heating oil available, Bioheat® Fuel is the one of the cleanest burning heating sources for your home or business. It reduces greenhouse gas emissions significantly and no changes to your existing oilheating system are necessary if you want to use Bioheat® Fuel!

Because there is virtually no sulfur in the heating system, thanks to ULSHO, your oil heating system can burn the fuel more efficiently, leading to lower heating bills.

While regular heating oil has been very clean for decades, ULSHO is even cleaner, producing near-zero particulate emissions.

Biofuel is a broad term that can include various products including biodiesel, ethanol, renewable hydrocarbon diesel and raw vegetable oil known as RVO or LR100. It’s important to note that raw vegetable oil does not meet industry specifications; it is not biodiesel or Bioheat® Fuel and it is not suitable for home heating oil use.

Bioheat® Fuel burns more cleanly and more efficiently than conventional heating oil. So you’ll be using less fuel to get the same amount of warmth, and your heating system will last longer. You’ll also likely find that you need fewer repairs on your system. All of this amounts to savings!

Positive impact on the economy

The biodiesel industry supports more than 60,000 U.S. jobs, generating billions of dollars in GDP, household income and tax revenues. That impact is projected to grow significantly as biodiesel production increases.

Domestically made, Bioheat® Fuel also helps our economy by helping meet our nation’s energy needs without incurring the cost for new land use or drilling, or paying premium prices for imported fuels.

The National Oilheat Research Alliance (NORA) continues to research and develop oil heating equipment and Bioheat® Fuel blends that are cleaner and more efficient than before. The overall goal is to transition to even higher levels of Bioheat® Fuel that can be matched to highly efficient, groundbreaking equipment.

That means the quality of heating oil will get even better in the years ahead! Soon, oil-heated homes could be using even cleaner-burning bio-blends.

Knowing more about today’s oilheat in the Hudson Valley will make you feel good about how you heat your home—now and well into the future. That’s why it’s important for you to know that with every passing year, heating oil continues its evolvement into a newer, cleaner and more efficient fuel.