Home » About Us » Blog » Why Did Heating Oil Prices in New York Go Up So Much?

Why Did Heating Oil Prices in New York Go Up So Much? 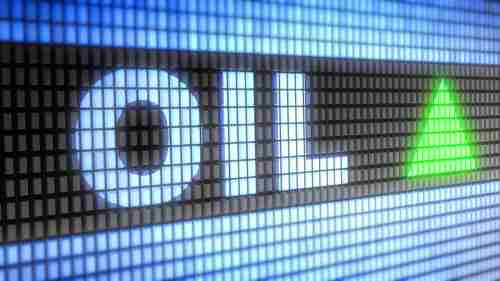 Heating oil prices in New York—and everywhere else—will always ebb and flow because many factors come into play. Everything from supply and demand to the weather to geopolitics can influence the markets and the cost of all energy, including heating oil. And, as you probably already know, the war between Russia and Ukraine has had a tremendous effect on all energy prices.

It’s important to point out, however, that for the most part, the price of oil has been fairly stable since 2014. But there have been a lot of changes over the past year that have upended the markets. You can view the history of heating oil prices in New York over the past 25 years by going here.

Global crude oil prices soared to their highest point in eight years after Russia invaded Ukraine in late February. As you probably know all too well by now, as the price of crude oil goes, so goes gasoline, heating oil, and the many other products derived from it.

Prior to this, energy prices in all sectors—oil, propane, natural gas and electricity—had been on a steady rise because global oil production hadn’t yet caught up with the pent-up demand that quickly followed the perceived end of the pandemic.

Even before the war in Ukraine further accelerated price increases, frenetic consumer spending–combined with persistent supply shortages–had sent inflation rates in our country to their highest level in 40 years.

The only seemingly good news is that this shocking price spike occurred near the end of winter, instead of the beginning. You can view a heating oil price update from the U.S Energy Information Administration by going here.

As was noted before, global crude oil production hasn’t yet caught up with pent-up demand. Unfortunately, a simplified and misinformed solution to the production shortfall that’s regularly offered up by some pundits and politicians in the U.S. is that, “we just have to drill for more oil at home.”

First, even if the U.S. did drill for enough oil and keep it all here to gobble up for ourselves, that crude oil would still be tightly married to the global oil market—and beholden to whatever the world’s highest bidder is willing to pay for it.

This “solution” is also ignoring the fact that right now, oil companies are feeling enormous pressure to give up fast growth in favor of steadier profits and stock-boosting finance moves, such as higher dividends, more share buybacks, and reduced debt. Read more about this here.

Investors have also been reading the tea leaves, and realize that a zero-carbon emissions world is not too far off in our future. Big money is holding back on fossil fuel investments as legislators try to move the country toward more renewable energy. Investors instead are looking to sink their money into long-term, profitable opportunities in the burgeoning green energy field.  By the way, the heating oil industry is making excellent progress with making our fuel more dependent on renewable energy too. Read about the benefits of Bioheat® fuel.

Another factor influencing oil companies is the memory of the breathtaking fall of crude oil prices during the early days of the pandemic. In the Spring of 2020, crude oil prices fell all the way to negative $30 per barrel! Traders had to pay buyers to take oil! Since then, however, prices have been steadily rising before they exploded in late February after the Russian invasion of Ukraine.

Could they drop that far again? Well, by mid-March, crude oil prices had begun to fall–but quickly took a U-turn and went up again as the situation in Ukraine remained unstable and the call for boycotts of Russian energy products picked up steam.

To say that we are currently in the midst of an extremely volatile energy market could be viewed as an understatement.

How Your Hudson Valley Heating-Oil Company Can Help

To take away any worries about the normal ebb and flow of oil prices, contact your heating-oil company. Many companies offer programs designed to save you money and keep your heating bills manageable—no matter what happens with world oil prices or heating-oil prices in New York.

Rest assured, your Hudson Valley heating oil supplier will do everything possible to ensure they can make deliveries—no matter the cost or difficulty they face.

What Will Happen Next with Oil Prices?

We don’t know where things will go from here, but if history is a guide, we can expect to see prices drop pretty significantly in the not-too-distant future. If you would like to read the U.S. Department of Energy’s short-term energy outlook, please go here.

Nothing will make your local Hudson Valley heating oil company happier than when prices return to normal.  Until then, trust your heating oil supplier to look out for you, and let’s hope that—regardless of what happens with energy prices—we will soon be living in a more peaceful world.